The Truth About Three Under Five 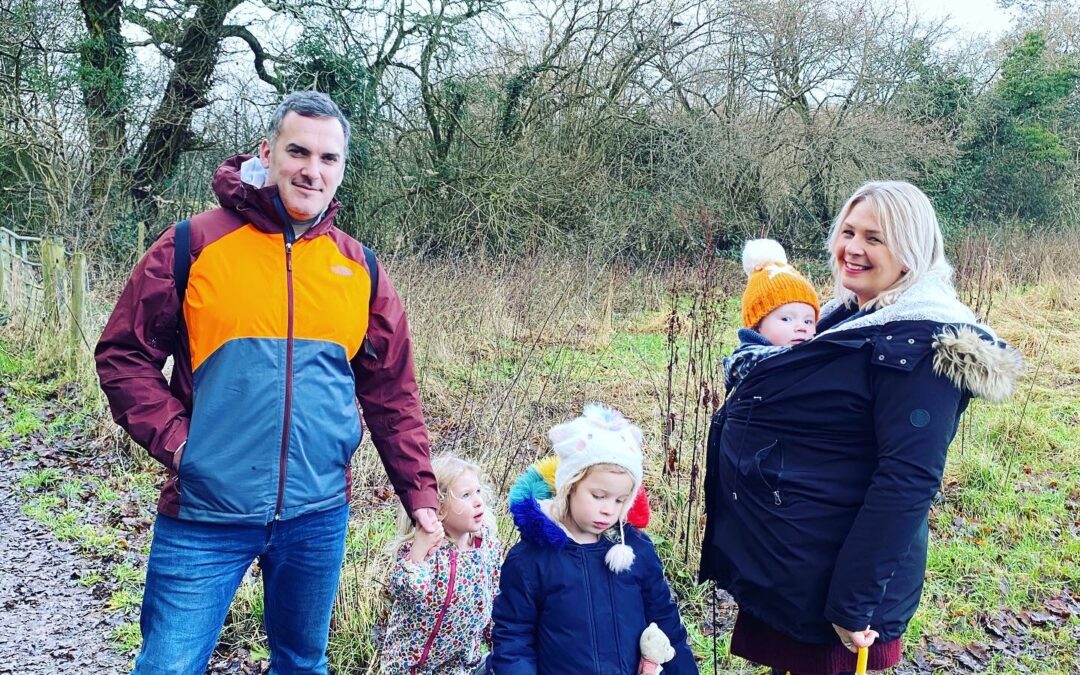 What is it like having three children? You never quite get round to doing anything….ever.

Many people told me I was mad to have three children so close together. None more so than my own mother (who has three children six and eight years apart). “How bad can it be?” we scoffed. We already had a two and a four year old. We had been fine with them. Sure, it took us a few months to adapt, but we got there in the end.

And so many people said he would just “slot in.” – and we believed them. Why would they lie?

Truth about three under five no.1: No.3 does not “just slot in”

With three, you are divided. Unevenly. It’s always two on one, or three on one when one parent manages to escape. One of you, often me, becomes permanently attached to the baby whilst the other one continues to deal with the other two. Who do not, by the way, miraculously become well-behaved and all your existing troubles melt away. Quite the opposite. Whatever minor behavioural issues they had before are exacerbated times a million and its combined with a heap of jealousy and feelings of betrayal, leading them to do crazy shit like trying to suffocate the baby with a giant sofa cushion (#truestory).

Truth about three under five no.2: Someone is always close to death

Our constant proximity to death is terrifying.

If The Boy isn’t throwing himself backwards onto a tile floor then he’s harbouring some sort of injury courtesy of Girly no2.

I have adrenaline coursing through my veins 75% of the time through fear of being convicted of neglect. When anyone asks “What’s that mark on his [insert injured body area here]…?” I am filled with shame at my inability to protect him from the evil clutches of Girly no2.

The problem is that she, Girly no2 now three, is bouncy. Somewhere between Tigger and a Springer Spaniel. She jumps up, back, forward, wherever the mood takes her. Often towards her brothers head, whether that’s flat on the ground, in my lap, in his carseat. She’s not picky about where she bounces to. She propels at him with surprising force. There’s power in those 5-inch quads.

I wish they did a baby armour – that may be my next business idea. I didn’t realise how soft small noses are until I had a third child. Luckily they’re like marshmallow. And they spring back into shape when flattened.

The Boy’s head is less springy and the poor chap seems to always have some bump or mark. We are very aware of know whose head is the hardest in this house (in order from hardest to softest it goes: Husband, Girly no1, Girly no2, me, The Boy. In case you were wondering).

The other risk of death comes from being driven around by a barely-able-to-stay-awake parent. Which leads me on to…

Truth about three under five no.3: Someone is always awake

And you know what’s shocking about this? My children are all great sleepers. And Husband gets up with them. They have all slept through for 12 hours at 8-12 weeks. And when I say sleeping through, I mean 12 hours, from 7pm until 7am. (Thank you Sensational Baby Sleep Plan).

I feel a fool on this one. I was actually forewarned about the awakeness. An old colleague of mine (JB) looked around at me while I was pregnant, from under very heavy lids and said “why a third?” He himself had three, so I was immediately worried. But his Instagram was a picture of love and happiness, so I looked quizzically at him. “Someone is always awake.” he said, with a shift look around to see if anyone else was listening.

Never have truer words been spoken.

Truth about three under five no.4: Any parent of three or more young children that doesn’t drink coffee or alcohol is a serial killer

It’s odd as no one really sleeps less, it’s just that there is a whole extra person who “could” wake up. And when there are five of you to consider, even if one of you wakes up once a week, then five days out of seven – someone is always awake.

It means that the only way to get through your day is with coffee and, latterly, alcohol.

Anyone that has three young children and doesn’t engage these survival tactics must be a psychopath. I mean, I can’t prove this, but it’s the only explanation as far as I can tell. You have to get your fuel from somewhere. There is one more chemical enhancement you cannot do without, and that is Calpol.

Truth about three under five no.5: If we were forced out of our home my last-minute grab would be a large bottle of Calpol

Heartless? Maybe. Necessary? Definitely. We don’t even do the natural stuff anymore. Teething powders, cool baths, hot water bottles….no time for that. We’re straight in with the Calpol. It’s the one thing we never run out of. It’s the only way to keep the peace.

You simply cannot parent all three at the same time when one is screaming/hot/angry/ill.

It ruins it for everyone else. And we’re only just holding it together with lollipop sticks and Pritt Stick as it is.

Truth about three under five no.6: Baby no3 is your most chilled because “hold on a minute” is barked at them 19 times a day from the moment they are born

No3 is easy to love because they are born into low expectations.

They have never been picked up immediately. They are rarely at the front of the food queue. They almost never have you to themselves because when everyone else is out there is all the other “stuff” to do.

They have never had all of the attention, so they don’t expect it. Or demand it. They are frequently thrust into the arms of strangers, so much so that they become OK with it. “Hello new face!” they beam.

They are so delighted to be on the receiving end of any attention that they are gorgeous and charming to anyone who so much as looks at them.

Truth about three under five no.7: It’s hard. Really hard.

Whether it was our complex backdrop of the last year or the reality of having three children, we’re not quite sure.

But the first 6 months of The Boy’s life were really, really hard.

It was the mess; the amount of washing; the different dietary requirements; the breastfeeding; the starting school; the being enormous (I still put on 3.5 stone despite making it to 32 weeks only putting on 2); the family weddings; the three children at three different stages of life; the reading; the swimming; the mud; the tortoise….just all of it.

At the same time I finally launched my business, That Works For Me, aimed at matching businesses with professional talent in need of flexible work. A great achievement but a bloody nightmare too as I only really work on Wednesdays when Husband has all of them and at night between 7 and 11. If they decide to sleep that is.

All of it together was too much. It was by far the hardest period of my life to date.

Truth about three under five no.8: It does get better

After 6 or so months, the fog started to clear and everything got a little bit better. Things started to fall into place and we adapted to our new routine.

Now 8 months in, things are much better. We are used to each other. We have all adapted to our new dynamic. Sure, there’s fighting (between any and all of us), and there are days where I do my old screaming into a hand towel trick.

Getting from 5pm to 7pm is a daily gauntlett. And bedtimes can absolutely suck, especially if you’re on your own and one, two or all three children are tired/not tired/poorly/being a s**t bag for no reason.

But mostly, the days are bearable. Sometimes even enjoyable!

Sorry it’s been so long. I won’t leave it seven months util next time, I promise. If you have enjoyed it, please share with your friends xx