The Fear of Giving Birth Again 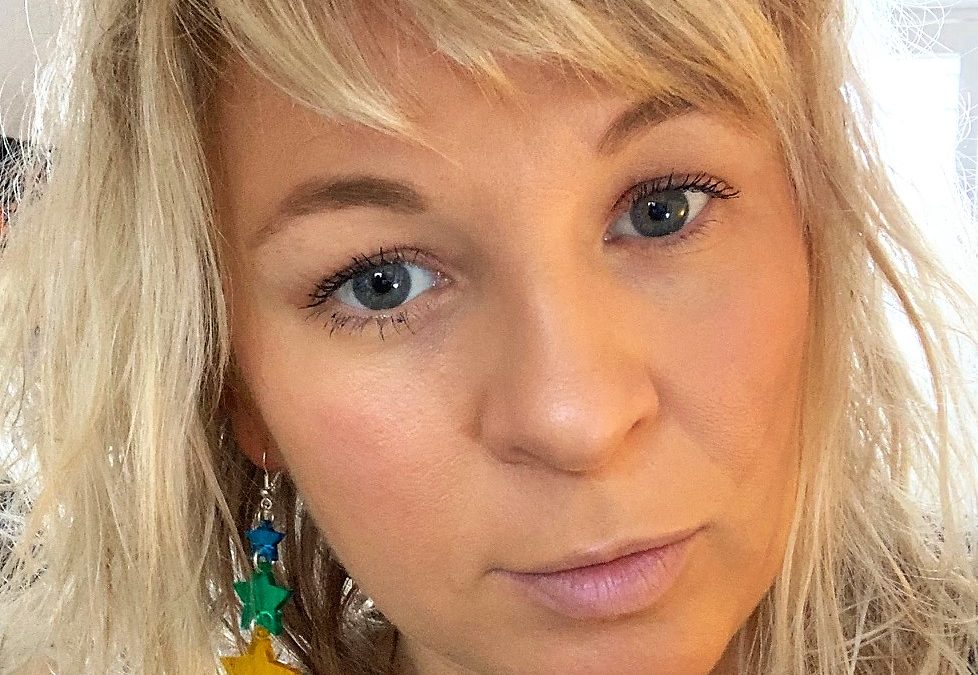 You may have been surprised when I announced my third pregnancy. Particularly if you recall that my very reason for starting this blog was my outraged horror at giving birth naturally, after a c-section with Girly no1. Now I am having to confront my fear of giving birth. And, let me tell you, the fear is massive. (Warning: there’s a lot of vajayjay chat in this one…)

My last childbirth experience was awful. My husband did more than watch his favourite pub burn down – he watched it be vandalised, torn up, petrol bombed and then burnt….while his friends were still in there drinking. Labour itself lasted for days. I tore from front to back. I was exhausted for not having slept for 3 days. It took 7 hours after the delivery for me to be sewn back up again. I was in hospital away from Girly no1 for 3 nights. The recovery was far from the ‘tired and achey post-gym’ feeling I was expecting. I was in agony. I couldn’t sit down. I went to the doctors sobbing after ten days because the itching and stinging I felt was like gyrating on razor blades. I had thrush. I bled continuously for months. It was shit.

And I know it’s not like I nearly died or anything. I know this stuff happens to everyone. I just think that most people just deal with it much better than I have. That or they just don’t talk about it. I think my problem is that I just wasn’t expecting it to be like that. I mean I knew labour would hurt. But I did not expect to be broken in half and feel like I had been raped and beaten repeatedly for a month. It hit me hard.

I did recover physically. More quickly than I would have with a c-section, and eventually I even had sex again, though that was no walk in the park for a long time. Mentally, I tried to get over it. I wrote about it and I talked about it (a bit). In reality, I still felt like I was being a drama queen.

But as often happens, my flat out ‘no, I’m never giving birth again’ feeling eventually started to ebb away. With our relationship back on track, everyone sleeping and life and businesses moving on; we decided last year that we would have another baby while we were still in the baby/toddler phase of life. We didn’t want to find too much independence only to lose it again so we agreed that we should just bosh them out (for want of a better expression). One surprisingly devastating miscarriage later and two years after one of the most horrific experiences of life so far (yep, there was little magic in childbirth, I found), here we are.

28 weeks pregnant. 10 to 14 weeks away from giving birth. And it has all come flooding back. I am not feeling good about it! In fact I’m terrified. I can’t talk about giving birth without bursting into tears. I have realised this in the last few weeks as people have started to ask.

hows it coming out?

Husband was the first ahead of our last midwife appointment. He carefully picked at his words to ask if we were going for natural or asking for a c-section, him having found the whole thing no less traumatic than I did. I started bravely telling him of course natural – a c-section is major surgery, the recovery is too long, I won’t be able to drive the Girlies, I want to get straight back into exercise etc. He looked slightly alarmed but agreed to go along with it. A few minutes later he found me weeping in another room as I finally let myself think about what was about to happen to me again. He did exactly the right thing, held me for ages and then told me he’ll do whatever I want to do. He’ll have the fights. He’ll defend me to the death. That’s his job.

A few days later my mother-in-law asked the same innocent question. Again, I erupted into tears, admitting I was terrified.

It came to a head in my pregnancy yoga class. We normally have a nice cosy chit chat before we start and the nervous first-time mums rub their about-to-pop bellies talking about how they’re “sure childbirth won’t be that bad.” I have done my best to tread a line between honesty and fear-mongering to the first-time mums I have come across since. I gave birth. In this situation I just  stared at the ground. I fought with my face to try and keep it neutral. I probably looked like Jim Carey in the Mask from the outside.

As I sat there listening to them ‘wish it would just happen now’ my hands ground into each other and started to clam up. I felt that familiar lump at the back of my throat and the corners of my eyes start to sting. Our very smiley yoga teacher, pregnant with her second baby, talked fondly of labour and tried, rightly so, to keep things positive. She asked why there aren’t more positive birth stories out there. I continued to stare down at the floor silently begging her not to ask me about either of my previous two. As one of the ‘more experienced Mums,’ she often asks me to share. She looked at me for slightly longer than necessary finally sensing that I’m wasn’t a good person to ask.

Normally I am quite happy to share – ‘don’t worry, your baby will let you know when it’s hungry’, ‘sure, you’ll have sex again one day,’ ‘take your time with breast feeding, it’s a skill you have to learn, and it doesn’t always come easily’. Even to the second-time Mums – ‘no1 will be a pain but they will come through it,’ ‘the life change isn’t so severe the second time round as you’re already in a family-friendly routine,’ ‘don’t feel bad about sending them off with grandparents for days out, they’ll love it, and they probably won’t remember this in a month or two’s time.’ I’m fairly good with reassurances. I have quite a calm and confident demeanour so people tend to believe me.

It’s exactly why you don’t want to ask me about childbirth.

my fear of giving birth again

After very nearly crying in a room full of near-strangers I realised I needed to do something about it. This baby is coming out of me one way or another and even I no longer believe my casual “it is what it is” response I had been giving anyone that asked. I also know, on a logical level, that the more fearful I am going into labour, the more my body will be flooded with adrenaline which will negate the oxytocin my body needs to progress with labour. One way or another, I need to find a way to try and relax into this birth. It’s not complex. On a scientific level, I get it. On a practical and emotional level, I really don’t.

I have been looking into things I can do.

There is a general wave of positivity around birth at the minute. A desire to share more positive birth stories. I have joined a group – the ‘positive birth movement’ group in my local area. I didn’t want to because the name made me feel like I would have to get smelly dreadlocks, wear Birkenstocks in the winter and carry all my children in a fabric sling around my body at the same time. But I fought my mean pre-judgements and joined the group, first on Facebook and then in real life. I went to the first meeting, hoping I wouldn’t have to share my birth stories. “Hi I’m Jess and I’m a Birthaphobic”.

I took the Girlies with me as cover. They are a great distraction in times of discomfort. If anything will stop me crying it’s them. They are also a huge distraction when you’re trying to listen, but that’s the pay off.

The group was actually really nice. It was a great mixture of pregnant women, new mums, second, third and fourth-time Mums, doulas (women who support you through labour), post birth doulas (didn’t know that was a thing), and breast feeding counsellors. There were even two mums that I could be friends with. They are why I’ll go back next time – because there are other ‘normal women’ like me also in need. More importantly than new friends though, the lady that runs it is a counsellor/doula/hypnobirthing expert. And I think she is the only person with the power to help me right now.

what’s a girl to do

I am going to have some one-to-one sessions with her. Tomorrow we are doing a ‘Birth Rewind’ session where we talk about everything from last time around, try and process it and move on.

I’ll let you know how it goes.

I am also, despite my disappointment and writing it off last time, having another go at hypnobirthing. Whilst it might not have helped me with pain management, it was my one saving grace helping me rest between contractions. And I did enjoy the excuse of lying down for 20 minutes every day to ‘practice.’ This time I am doing it properly. I’m taking the course. I’m reading the books. I’m listening to the tracks. I may even get a t-shirt.

And these things are why I have written this today. Because I’m not allowed to be negative anymore. I’m getting it all out of my system before my Birth Rewind session and I am moving forward with positivity. You can laugh if you like but just do me one favour. Keep it quiet ‘til the baby is out!

Huge thanks for reading as usual! Feel free to share. And do me a favour and publicly or privately admit that you were scared too – it will make me feel better. Any tips also much appreciated! Big love to you and your families.