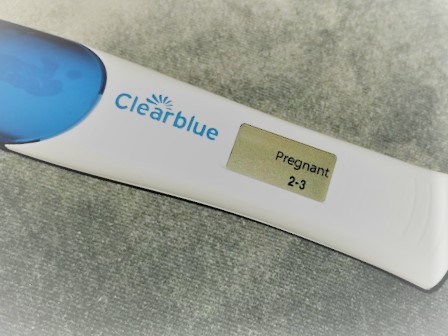 I haven’t posted anything for a while. And this post isn’t fun or funny I’m afraid. It’s sad and a bit teary. Because that’s what miscarriages are – sad and teary and a lot of other things…

I’ve been very quiet recently because on top of trying to build (by which I mean start) my business That Works For Me. I have fallen pregnant and then had a miscarriage. And it’s really knocked me for six. It’s knocked everything out of me, my energy, my motivation, my smile…I have felt really bloody sad.

Last month I was late for period and filled with dread, I did a pregnancy test. I feel horrible admitting it, but I was really upset that it was positive. As well as the business we had the most fun summer planned. I was feeling fit, the girlies are becoming more independent, we have holidays booked, festivals to go to, gigs to enjoy…a whole raft of grown up activities that I was really excited about enjoying. Mostly though it was about having some time for Husband and I, a little bit of time to enjoy each other because after three years of pregnancy-baby-pregnancy-baby, we needed it. Every couple does. It’s easy to lose each other in the first couple of years of having a child and I can see why so many couples drift apart.

Husband was super excited that the test was positive, as he has been every time we’ve seen the infamous blue cross. I, on the other hand, cried my eyes out. And I continued to cry for two weeks after we found out. I know that this is very selfish and I should have been grateful. I’m very aware. But my inner brat was in full foot-stamping-tantrum-throwing mode and I was really annoyed at the prospect of missing The Killers again. We told immediate family and our closest friends our news…we had to explain my red rimmed eyes somehow and ‘I’m now a drug addict’ wasn’t going to cut it.

After two weeks I was starting to accept my fate. Finally I started talking about bunkbeds and Lanolin (don’t try to breastfeed without it), casting sideways glances at tiny baby clothes in shops. I signed up to the normal baby email updates (poppy seed this week) and booked my first midwife appointment. Whilst I wasn’t yet beaming, I was no longer crying. I was imagining Girly no2 the dolly-obsessed-kamikaze jumping all over a newborn trying to stuff plastic dummies in her mouth while Girly no1 danced, sung and performed magic tricks; anything to try hold my attention. A smile was starting to creep onto my lips.

Exactly three weeks after finding out, I woke up with a mild stabbing pain low down on my left side and ‘early period’ symptoms elsewhere. I left it for a couple of days but it didn’t go away. The incredibly kind GP confirmed my worst thoughts – a suspected ep topic – and we were sent as an urgent case to the hospital. It turned out that urgent meant six hours of sitting in a depressing room with no air or natural light and having my blood pressure taken every three hours. This is a long time to discuss whether you will ever conceive again, if two children is enough, whether you should have bought a puppy, an SUV versus a people carrier, how you will manage bedtime with two parents and three children, and any other imagined problem your head can create.

We were eventually scanned. It was confusing. Not because of the sonographer, who was amazing with her explanations, but because on the surface everything looked ‘really healthy’ (her words) and it seemed I just pulled a muscle and had a bleeding cist. She said there was a possibility that the fetus wasn’t as developed as it should be for seven weeks so it could be what she termed a ‘failing pregnancy’ but on the surface everything else looked really healthy and it was likely to be date confusion. We were sent away for 48 hours to see what would happen. At the time you listen and nod and blurt out the questions you think you need answers to. It’s not until you have left that you start to analyse things and then the real questions come. For example, without going into great detail, we were clear on dates. We have a one year old and a three year old and….well, need I say more?! Let’s just say we knew our dates! But we questioned everything – when do you start counting weeks? Why is there a weird 10-day period when you’re not pregnant but is counted in how pregnant you are? Had we made this up so were we actually where we should be from a development point of view? The more questions we asked, the more likely a failing pregnancy seemed.

We picked the Girlies up, who had been collected by my Super Mum, put them to bed and then sat staring at each other. Waiting. It was a long evening and an even longer next day. We busied ourselves with the usual Friday activities. I spontaneously burst into tears throughout the day. Goodness knows what they thought in the hairdressers. I did manage to smile though when the receptionist came over to ask how long she should book in for “the lady who comes in for colour from the Ghetto in France”. It turned out to be a Chateau, but I was distracted for at least 5 minutes by this hilariously innocent mistake.

The following morning was our ten-year anniversary. A real landmark we were excited to celebrate. But instead of dropping the Girlies off to their Nanny and heading to Portobello Road as we had intended, we headed back to the hospital for blood tests to confirm what, by this point, we knew. It was a miscarriage. I had started bleeding quite heavily and the pain seriously ramped up. It wasn’t quite the anniversary gift I had in mind and I spent most of the day in tears.

The doctor at the hospital was amazing. She let us go as quickly as possible telling me to go home and rest. She promised to call later with the blood test results. I re-did my make up and we headed to the nearest pub via a couple of antique shops. It wasn’t quite Portobello Road but we managed to buy a few bits. It was clear that my body wasn’t going to let me get drunk but we had a couple anyway, staring at my phone waiting for it to ring. Eventually the Unknown Number flashed up. I hung up, wet eyes again, and told Husband that the blood test confirmed my hormone levels had halved. Our phones were buzzing constantly with loving supportive messages…every one of them made me, and sometimes Husband, cry again. We looked like a couple on the verge of divorce, on our phones, crying and holding hands. I’m surprised no one asked me if I wanted to Ask For Angela. We played Ker Plunk (you know how cool pubs are now by what board games they stock), went for dinner then we both fell asleep in the taxi home. We were in bed, cuddled up tight, for 11pm. Happy anniversary Husband.

The pain and bleeding went on for another week or two then it was gone. Physically it wasn’t too bad. The drain, for me, has been the rollercoaster of emotions that the last month has brought with it. The initial shock of finding out I was pregnant coupled with premature but gut-wrenching FOMO; the acceptance of my body changing and consequent re-planning of our grown up summer; the uncertainty of not knowing what an ache and pain will lead to; and then the deep deep sadness for both of us at losing a baby that wasn’t even a baby yet.

A few weeks on, I still find myself with wet eyes at strange times, as does Husband. It’s not that we don’t know that this one wasn’t meant to be, or that we can try again in a few months, or that it’s normal to cry, it’s just that you don’t expect it to feel as sad as it does. I went through the inevitable “this is my fault because I wasn’t happy when we found out” phase immediately afterwards but I know that’s not true. I keep trying to work out what I’m crying over. Is it the loss of the picture of our family of five? The chance of seeing my Girlies with a little tiny sibling? The fact it might have been a little Husband clone growing in me? All the things I think. All of those things coupled with cramps, hormones, nausea and sore boobs. Who doesn’t love to be a woman?!

Until I experienced it myself, I’ve never given a miscarriage too much thought. I know it’s sad for the couple going through it. I know that it’s particularly sad for people that are desperate for a baby and people that have been trying for ages. And I know that much worse things happen than this. We have been made aware of at least two couples in the last few weeks who have lost babies at delivery. That is something no one should ever have to go through and my heart goes out to them. But it doesn’t mean we can’t be sad about our loss. We thought we would have a new little baby in time for Christmas but now we won’t. And it’s ok to be sad about that. I would like to apologise to everyone that has been through this horrible experience though and send out love and kindness to you and your families. I get it now. And I’m as sorry for you as I am for myself.

I had a big internal debate with myself over whether to write this as it’s something that’s so private and like most people, we keep early pregnancy news to a very tight circle. For many of my friends, this is the first they will know of it. But blearily staring into the doctors’ sad eyes listening to her tell me that miscarriage affects one in four pregnancies, I feel like I should share it in case it brings just one person a little comfort. Some friends of mine recently ran the London Landmarks Marathon to raise money for the charity Tommy’s who raise money for research into miscarriage, stillbirth and premature birth. If you would like to donate to them, please do so here. I promise to cheer up next week.