Is My Toddler A Psycho? 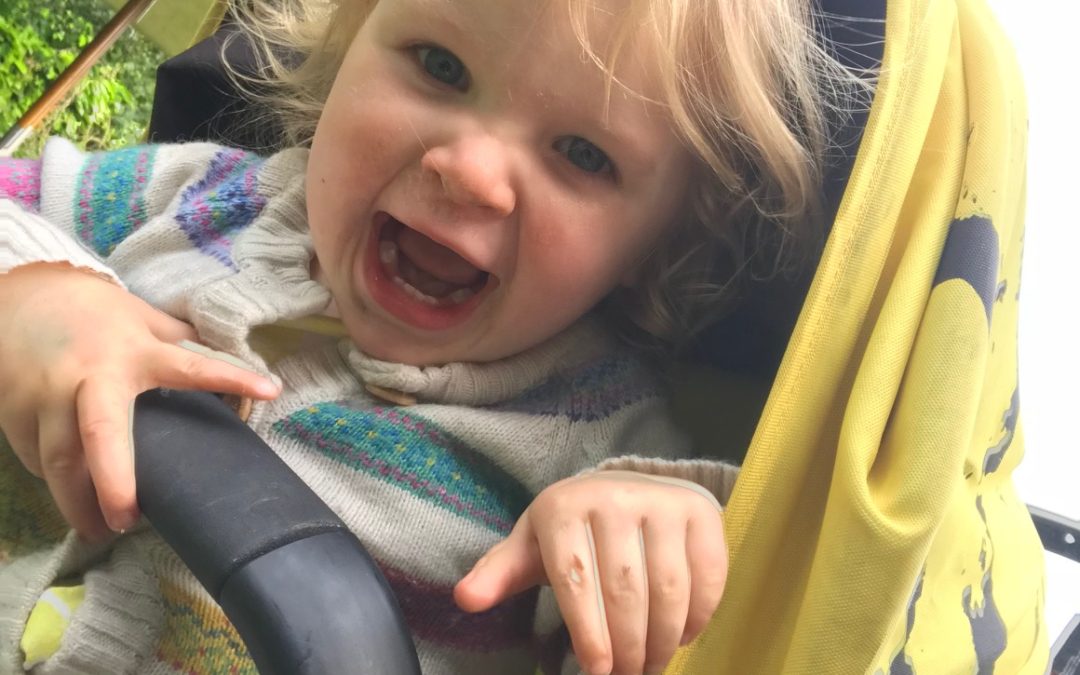 Those of you that regularly read my blog may remember me talking about my fear of birthing a psychopath. Turns out it wasn’t unfounded. Girly no2 is displaying some real tendencies. And with the quiet questioning brain of Girly no1 at her side…I’m concerned. Have I birthed the world’s next political powerhouse? Hillary and Bill? Or is it more like Hitler and Himmler? I’m really left wondering is my toddler a psycho…

I don’t know why I thought I may birth a psychopath. I assume the thought crossed everyone’s mind at some point during their pregnancy. We always knew that a combination of our personalities have the making of a psycho. Husband’s friendly chirpy facade covering a guilt-free, unemotional detachment from all but his closest inner circle. My pensive, calculated mind and my ability to meticulously plan for every eventuality. These personalities combined with our Hollywood good looks (HA!) you basically have Patrick Bateman of Hampshire complete with 150gsm business cards printed in Helvetica. I started to give it real consideration after I read Lionel Shriver’s We Need To Talk About Kevin, although the parents seem surprised in that book. Husband and I would not be.

Girly no1 quickly put our fears to rest as her personality emerged. At nearly 4, she’s a carbon copy of me but untainted by age and life! So she is still sweet and kind. She asks questions (interrogates) like I do but it’s with genuine curiosity and keenness to learn. She’s not yet mastered manipulation and she doesn’t really have a temper, only ever having had one meltdown which shook us all so much I wrote a blog about it. She scores highly on the empathy scale. She can be reduced to tears watching someone else be sad. She cries at films and cuddles her friends to try and make them feel better when they are sad. She gently pats her little chubby hands on their cheeks telling them not to worry (this makes me cry when she does it to me). She is emotional like I am (I cried last week when Dani and Jack were reunited). She re-tells events from her day at nursery welling up when Lauren didn’t want to be her friend but was only joking, or when Seb walked too fast so fell and hurt his knee. She feels their pain. So I don’t think she is the next Hitler, Mussolini or Trump (yep, I just bracketed them all together). Unless really heavily influenced I’m not sure Girly no1 has it in her to do anything horrible.

Girly no2 however is a whole new kettle of fish. She is a charmer. She loves to make you laugh. But she will kiss you with that cute smiley face then slap you and run away. She sucks strangers in, attracting their attention with cutesy giggles, a little lisp and y’s instead of l’s when she talks (Heyo!). Then when someone bends down to chat with her, she flings her head to the side ignoring them. Or she growls and lowers her brow looking out under it like Damien in The Omen. She toys with people’s emotions. She only really likes Mumma, Daddy and her sister. Everyone else is a puppet in her show. As I started to type this she was staring at her sister’s back. After a couple of minutes she suddenly launched herself at her, pushing her with all her might. When no1 didn’t respond satisfactorily she had another think, then tried again using her whole body. It’s disturbing to see an 20-month old plotting to take down her nemesis. But she was relentless and she persevered until eventually she knocked no1 over, catching her off balance. She sat smugly watching her afterwards, looking very pleased with herself. I imagined her making mental notes on angel of trajectory, speed and length of approach. I could almost see her slowly, imperceptibly nodding.

As well as already being a master manipulator, enjoying causing pain and lack of emotion, she shows signs of another psychopathic trait. Lack of remorse. A few days ago, Girly no1 was doing her normal thing of making her baby sister laugh by lying on her wriggling. No2 had been laughing when suddenly she sat bolt upright, reached into her sisters hair and pulled out a huge clump. No1 screamed and cried. No2 watched her for a moment then began to mimic the noises and sounds. No tears though. I stood her up and said look how much she had upset her sister, how she should say sorry etc. She stopped her shouting, looked at me and said “No!” with a little pursed mouth. I was momentarily stunned. I sat her just outside the room facing the baby gate at the top of the stairs. She could still see us and sat there watching me comfort Girly no1. I didn’t think for a moment she would stay there, but she did. After a couple of minutes I went and said “come and say sorry to your sister for hurting her and give her a cuddle”.

I left her again for a couple of minutes. “Are you ready to say sorry now?”

A few more minutes passed. To her credit she didn’t move from the spot I had left her. “Come on,” I said, thinking she’d probably forgotten why she was there in the first place. “You hurt your sister and it made her sad when you pulled her hair. It’s not kind”. Slowly and deliberately she stood up, walked to her sister and cuddled her.

She stared at me for what felt like a very long time looking back and forth between her sister and I. Eventually she whispered “Sowee”. I didn’t even know she could whisper.

Is My Toddler A Psychopath?

Other psychopathic traits include narcissism (tick), impulsiveness (tick) and lack of responsibility (tick). Tick tick tick. Oh god. In a hot sweaty moment of realisation, I did some research. I discovered that scientists believe that there is a psycho gene. Should we all get tested?! What do you do about that?  I stressed out some more. What have we created? What have we inflicted on the world?! What if my mini Hitler influences my kind little fluff headed no1 and then they become the first notorious psycho sister duo in the UK. I’m not sure I’m mentally capable. The good news is that with real nurture, psycho’s can live normal lives and actually live amongst us. Reflecting on it, I actually think we know a few (wondering how many of my friend’s will question whether I’m talking about them!). You just have to be firm and moral. Lots of apologies and taught empathy – Dexter style. We can do this.

Or Maybe Just A Toddler

Of course it might just be that my hilarious little toddler is just that. A toddler. Pushing boundaries, learning about herself and others, learning about cause and affect. Learning how to communicate, influence and negotiate. It might just be that she is a strong mind and a big personality on tiny shoulders. Or I may have birthed the next Hindley. We’ll just have to wait and see.

If you haven’t read this with your tongue in your cheek then I’m afraid you’ve come to the wrong place. My girls are beautiful and kind hearted.  If not a bit weird. But then who isn’t?! If you’ve enjoyed it please like and share!